The Power of Observation

When it comes to establishing premium service and care in top practices how we behave in the business environment is as important as how we communicate to one another. In fact, our actions can either be productive or remain stagnant. If they contribute towards the success of the business then collectively the practice will do well. However, if our actions are never changing for the better or remain flatlined, then the business can suffer. I feel that much of success in business has to do with the power of observation as described by the Hawthorne Effect.

The term “Hawthorne Effect”, coined by psychologist Henry. A. Landsberger in 1950, refers to our social environment and our actions. He reviewed some experiments that were carried out at Hawthorne Works, a Western Electric Plant outside Chicago between 1924 and 1933. In efforts to increase productivity among the workers, the company spent years tweaking and altering factors such as lunch hours, pay schedules and level of lighting. Workers predictably became more productive when the lighting was brighter. Reviewing the data decades later, Landsberger concluded that workers increased productivity because they could tell there was an interest in them and how they worked. He defined the Hawthorne Effect as a short term improvement in performance caused by observing workers. In other words, people change their behavior when they think others are watching.

Today, the Hawthorne Effect phenomenon is as pertinent as ever, for example, as with social media. There are billions of us on Facebook, more than a quarter billion on Twitter, and hundreds of millions on Pinterest, Google+ and other networks. Smart phones allow us to continuously plug into our social media audience. Never before could we so quickly and easily share our behavior with others and get the opinion of scores of people who are “observing” us. Perhaps leading to modified behavior.

The Hawthorne Effect if used correctly can also be applied to the business of dentistry especially in leadership of our teams. Team members seem to take on more productive behaviours and work harder if they feel that there is some measure of authority observing their actions and daily work quality.

There are several strategies that can be used to improve and enhance teamwork by using the power of observation. This will contribute to improved team performance and better quality of care.

Tips on applying the Hawthorne Effect:

–      Regular individual team appraisals are important to make it known that managers are observing how well the team are working. Those team members that feel that there is really no one there to oversee how well they work may very easily slip into a comfort zone where they are not as productive as they could be.

–      Regular team meetings on improving the quality of care given by the team in their various roles becomes critical to maintaining productivity and staying ahead in business. Team members need to understand what is important to the practice principal. This helps them to understand what is expected of them.

–      Regular observation walks through the practice observing the team going about their business. Noting discrepancies or incorrect tendencies can have a huge impact on establishing positive employee behavior. The team needs to know that managers are not just confined to their offices but are observant in noting the efficiency of the operating systems of the practice. Here the manager will be observing things like correctly running processes, adherence of practice rules and that the team are following the practice systems as trained. This also allows managers to highlight what elements are working and which are not. Thus contributing to increasing practice productivity.

–      Accentuate the positive. As Ken Blanchard explains in his book “Whale Done”, catch your people doing the right things and applaud them for it. Appreciate your team when they do things correctly and/or redirect their behavior when they do things incorrectly. As such they will be able to make a shift in their actions, collaborate in a better way and be encouraged towards the required behavior. This fosters repetition of such behaviours thus leading to increase of productive behaviours.

Keeping in touch by careful observation with the realities of every day business in your practice can help to enhance systems and functions. It will help to also highlight the unmet needs of your practice and team. Thus facilitating better leadership and the results achieved.

How to help your employees stay

Creating a highly productive business is more about effective leadership than it is about simply following operational systems alone. An important part of leadership is about understanding why your employees choose to stay with you or why they would choose to leave.

Staff retention is a fundamental factor in business growth, as it can become an expensive process of repetitive training and adaptation. Not only this but practice growth is often stagnated when new team members adapt to your practice culture and “the way you do things” in your practice. So how does one go about keeping their staff turnaround low?

A major consideration is that employees don’t usually leave the company; they tend to leave the managers that go along with that company. According to the Office of National Statistics, the average tenure of an employee in the UK is now only 2-4 years.

What does this mean? Are managers doing a bad job of engaging and retaining their people?

Wherever the governmental statistical trends are heading the ability to engage and retain talented employees remains a critical skill for most practice managers and practice owners.

Successful principals sell their employees on a vision of the future for their company. Most team members don’t usually come into the practice each day and crave to hit your financial targets. In fact, most of them don’t really understand the implications of them. Very often dentists tend to confuse financials with Vision. One thing to understand here is that the Vision drives the financials and not the other way round.

As an example, Walt Disney painted a compelling Vision of a future where he saw a place – Disneyland – where both adults and children could play together. However, its all very well having a dream but how do your team connect to this Vision. How to they become part of its construction and its realisation? How does the team make your Vision theirs?

It is important to realize that only if team members feel that they are a part of the big picture will they be able to generate enough drive to participate with the correct attitude, attributes and motivation.

The Mission is what allows the team to be able to connect to the bigger picture.

The best workplaces give their employees a sense of purpose helping them to feel as if they belong and that they can make a difference to that organisation.

The Mission tells the employee that they are an important piece of the bigger jigsaw puzzle – that their role is vital. It also explains the practice ethos.

Take the time to listen to your people. They should leave a conversation believing that you will take whatever actions that may be helpful to that situation. If you can’t then at least you can explain why nothing can be done.

By having an “open door” policy whereby team members can come to you at any time leads to the team feeling that they have an important contribution to make to the practice. This should not only be encouraged but also rewarded with appreciation.

I do advocate a bonus structure within a business. However, motivation should not be solely based on achieving targets. It should be more about internal gratification and audience applause rather than simply monetizing your relationship with your team.

There are essentially two types of motivation. The first is Extrinsic-based motivation which includes a bonus scheme, financial rewards, gifts or even disciplinary actions. The other is Intrinsic-based motivation where internal desires are created to do a good job for personal satisfaction. The latter is often created when people feel they are important to an organization and feel valued. This importance can be given by recognition of a team member’s efforts and initiatives. Then by entrusting them with more of the same kind of work to help build on their talent. This makes them feel “noticed”.

Experience will dictate that financial compensation is not sufficient incentive to engage and retain top talent and drive high performance.

Most people are looking for career advancements over anything else. Otherwise “inertia” tends to set in leading to boredom and frustration in a job. Especially when they see team members from other companies moving up to the next level.

Many practice managers and principals do not hold regular performance reviews. And even if they do, team members are often confused and don’t entirely understand how to move either horizontally or vertically in the company. Clarity of opportunities available to employees and how to attain them can do wonders for team morale and motivation.

In order to attract, engage and retain your top talent you need to try to blur the line between work and play by reinventing how your team perceives “work”.

One way is to give the team freedom to use their own initiative – to create what I call DRI’s or Directly Responsible Individuals for any particular department in your practice. This way they become committed leaders in their own right establishing mutual respect for one another. This also eradicates the “blame” culture.

Also, it goes without saying I should think that team bonding events and outings will also help to cement the fun in a practice. The key is to make work fun and flexible.

It is the team that drives successful practices. Therefore the correct leadership of your team is essential. This involves nurturing and encouragement as well as inspiring and motivation. People should want to follow you because they believe in what you all, as a team can transpire to achieve.

It is true that mistakes provide the grounds for sound learning. However, it is still better if you can learn from the experience of others and not make critical mistakes to begin with – especially when their impact is detrimental to the success of your practice. Misunderstanding leadership is one of those big mistakes that can easily be avoided with a little guidance.

So what do we strive for when we talk about leadership? My favourite definition is: “Leadership is the art of getting someone else to do something you want done because he/she wants to do it.”

Leaders help themselves and others to do the right things. They set direction, build an inspiring vision, and create something new. Leadership is about mapping out where you need to go to “win” as a team or an organization; and it should be dynamic, exciting, and inspiring.

However, there are some common mistakes that I see being repeatedly made. The following are in my experience 5 of the biggest leadership mistakes: END_OF_DOCUMENT_TOKEN_TO_BE_REPLACED

Inside the Mind of a Successful Leader 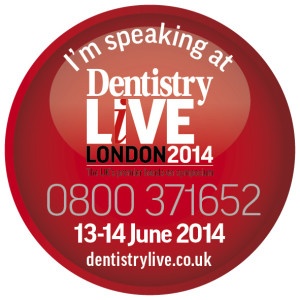 Dr. Bhavna Doshi will be speaking at the upcoming Dentistry LIVE Conference at the Queen Elizabeth II Conference Centre, London, in the heart of Westminster on 14th June 2014 at 4.00pm. END_OF_DOCUMENT_TOKEN_TO_BE_REPLACED