The Perfect Smile Studios were featured on the BBC Three show Britain’s Worst Teeth which followed four twenty-somethings with some of the worst teeth in Britain.

Their teeth were so bad they affected every aspect of their lives.

Gemma Lundy began to lose her teeth when she was 16. Her problem is not decaying. For 10 years she suffered from bulimia nervosa. This has eroded Gemma’s teeth away.They were in pain, they were embarrassed to go out and they found eating and speaking difficult. 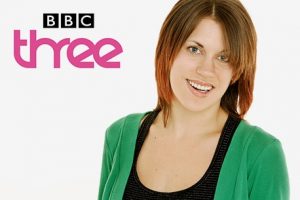 Now 24 with a new baby, she has conquered her eating disorder but 80% of her tooth enamel has disappeared. She was desperate to get her teeth back but had no idea if anything could be done.

Gemma was treated by a cosmetic dentist, Dr Rahul Doshi, at the dental practice in Hertfordshire who placed porcelain veneers on Gemma’s upper and lower teeth to provide Gemma with a Perfect Smile.

Click here to see Gemma’s before and after photos.

Rahul and Bhavna have also been featured in Extreme Makeover, ITV, Sky TV and National Media

This website uses cookies to improve your experience while you navigate through the website. Out of these cookies, the cookies that are categorized as necessary are stored on your browser as they are essential for the working of basic functionalities of the website. We also use third-party cookies that help us analyze and understand how you use this website. These cookies will be stored in your browser only with your consent. You also have the option to opt-out of these cookies. But opting out of some of these cookies may have an effect on your browsing experience.
Necessary Always Enabled
Necessary cookies are absolutely essential for the website to function properly. This category only includes cookies that ensures basic functionalities and security features of the website. These cookies do not store any personal information.
Non-necessary
Any cookies that may not be particularly necessary for the website to function and is used specifically to collect user personal data via analytics, ads, other embedded contents are termed as non-necessary cookies. It is mandatory to procure user consent prior to running these cookies on your website.
SAVE & ACCEPT
×
Go to Top