Habits of the Wealthy

£ The POWER of Compounding £

A Grain of Rice

The daughter of the Chinese Emperor was ill, and he promised riches beyond compare to whoever could cure her. A young peasant named Pong Lo entered the palace. With his wit and bravery, he restored the Princess’ health and won her heart. As his reward, Pong Lo asked for her hand in marriage. The Emperor refused and asked the peasant to think of anything else he would like. 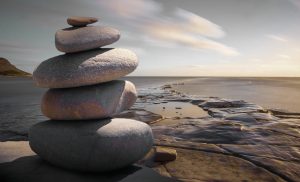 After several moments of thought, Pong Lo said, “I would like a grain of rice”.

“A grain of rice! That’s nonsense! Ask me for fine silks, the grandest room in the palace, a stable full of wild stallions – they shall be yours!”

“A grain of rice will do”, said Pong Lo. “But if His Majesty insists, he may double the amount every day for a hundred days”.

So on the first day, a grain of rice was delivered to Pong Lo. On the second, two grains of rice were delivered. On the third day, Pong Lo received four grains; and on the fourth day, eight grains.

In desperation, the Emperor did the only honourable thing he could do and consented to the marriage. Out of consideration for the Emperor’s feelings, no rice was served at the wedding banquet.

If you did the maths, you would discover that a person who saved £100 per month from the age of 21 to the age of 65 and earned an average return of 10% on the savings over that time period would be worth over a million pounds – a millionaire!

Because of the power of compounding.

Imagine, if this person just kept saving £100 per month diligently, he/she would retire wealthier than 95% of the population. They would end up better off than most doctors, dentists, lawyers, architects, engineers, salespeople, small business owners and people in the media. All this person had to do was to save £100 per month, and they would retire financially independent. ONLY if this person could discipline themselves to save every month, the power of compound interest would do the rest. Anyone can do it.

To take advantage of COMPOUND INTEREST, you need to be putting aside a regular amount into your savings. The important thing is not to take anything out; just let it build up.

The more you can put away, and the earlier you start, the quicker you will be able to become financially independent and retire rich.

Just think about how much money passes your hands daily, and you don’t even notice it. £100 a month for us dentists is undoubtedly not a great deal. Look at the following chart to understand the concept further: Figure 1. (You will have to convert the $ to a £ sign in your mind, it’s the numbers that count)

If you started with £25,000 and never added another penny to this amount again. Then the miracle of compounding would take care of your money and grow it significantly. This is ONLY if you don’t take any out.

Now I know you wouldn’t mind that. The key is to start early. If you start later, then you may have to invest in riskier investments.

There is only three variables to compounding:

So if you increase all three variables, then you ultimately end up with more in the end.

My philosophy is that annually you should aim to save a minimum of 20% of your income. This is not a great deal if you break it down into weekly or monthly amounts.

20% of this is £833. Put this automatically into a savings account.

Also, if your interest rate increases or you put more away, then this amount also increases.

Let’s look at another situation. 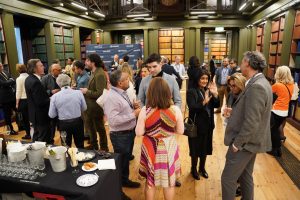 Just think about it for a moment…..

Does it really take a great deal for you to save a certain amount every month. With the advise of some good investors, you might even be able to gain more than 10% interest on your capital every year.

Soon I will be interviewing one of my financial advisors, and we will be looking into this concept further to explain the different scenarios available to increase the three variables.

My advice for the moment: Start now!

Get in touch with us for help growing and marketing your dental practice.

This website uses cookies to improve your experience while you navigate through the website. Out of these cookies, the cookies that are categorized as necessary are stored on your browser as they are essential for the working of basic functionalities of the website. We also use third-party cookies that help us analyze and understand how you use this website. These cookies will be stored in your browser only with your consent. You also have the option to opt-out of these cookies. But opting out of some of these cookies may have an effect on your browsing experience.
Necessary Always Enabled
Necessary cookies are absolutely essential for the website to function properly. This category only includes cookies that ensures basic functionalities and security features of the website. These cookies do not store any personal information.
Non-necessary
Any cookies that may not be particularly necessary for the website to function and is used specifically to collect user personal data via analytics, ads, other embedded contents are termed as non-necessary cookies. It is mandatory to procure user consent prior to running these cookies on your website.
SAVE & ACCEPT
×
Go to Top